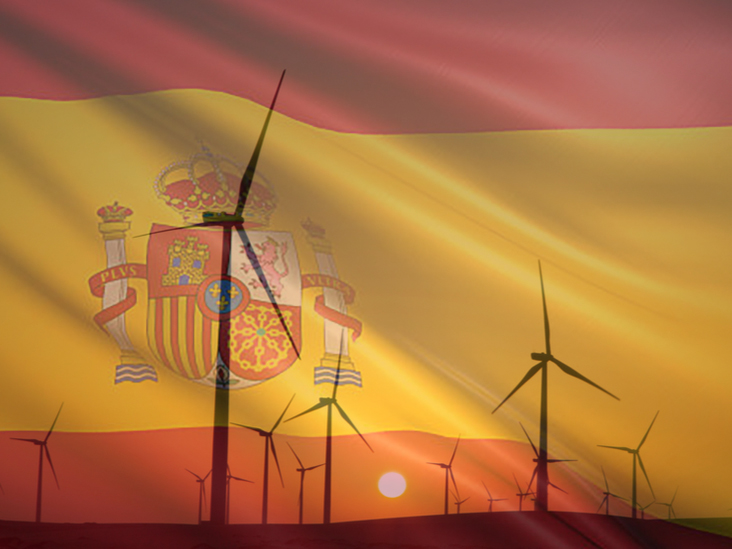 The most recent two tenders were undersubscribed, with only 45.5 MW of 3.3 GW of capacity awarded at the latest auction on Tuesday, which market participants attributed to dampened interest amid low prices and issues with permit bottlenecks.

Another factor was soaring guarantees of origin (GO) prices, he said. Prices have surged from EUR 1.70/MWh to EUR 8.50/MWh this year.

Developers are unable to export GOs to the European market if capacity is covered by a subsidy.

High wholesale prices also meant projects could more easily be financed on a merchant basis without the need for subsidies, said Landstrom.

Historic high prices
Almost 4 GW of capacity was covered by PPAs signed in Spain in 2021 out of a total 11.3 GW in PPAs across Europe, according to Pexapark.

More players were likely to enter the Spanish market, including corporate offtakers at a continental level and green hydrogen producers, he added.

There has been a huge spike in wind deals signed in Spain – 1 GW of solar PPA deals and 2 GW of wind have been announced in the country so far this year, compared with 2.5 GW and 0.4 GW respectively, in 2021.

Spain’s solar PPAs market was one for sellers, with high demand from corporate offtakers, Landstrom said.

Pay as produced was the dominant structure as baseload contracts had been limited by price cannibalisation, he said.

Cannibalisation occurs when installations produce at the same time and reduce the average income for all.

Hybrid deals
The growing cannibalisation risk was providing an incentive for hybrid deals combining wind and solar and so demand was rising for wind PPAs, he said.

Wind projects in Spain were growing less dependent on subsidy schemes, which meant more were available for PPAs but these projects were limited by fewer available sites and generation times, he added.

Uncertainty would continue to be one of the main risks in the Spanish PPA market, he said, due to market interventions in recent years and permit issues.

Streamlining the permitting process would help to increase the number of PPAs signed but delays could continue due to limitations in fast-tracking regulation, he added.