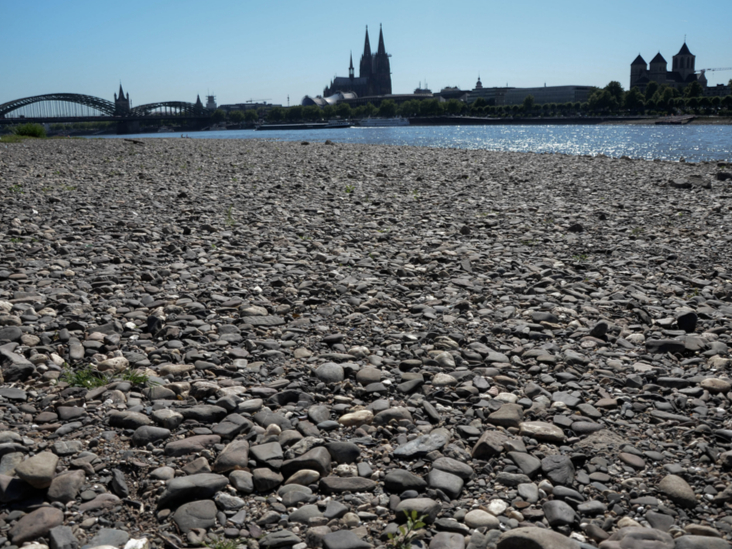 (Montel) Germany is set to see a warm, dry spell continue to September, forecasters said on Friday, with the lack of rain indicating a further hit to domestic coal-fired generation and nuclear output in France.

MetDesk expected “very low river flows” next week, given the dry conditions across central and northern Europe, with a “lack of precipitation to continue across Germany”.

Low river levels, particularly on the Rhine, were already restricting the transport of coal to power plants, with hot river temperatures also affecting the operation of French nuclear units due to cooling issues.

Precipitation levels in the hydropower-intensive Alps region, meanwhile, would be 50-60% of normal next week, rising to 90% thereafter, said SMHI.

Hot spell
Warm weather should persist, with temperatures remaining at an average of 1.7C higher than normal over the next four weeks, Montel’s Energy Quantified (EQ) said, though it could spike up to 4-7C above normal next week in a renewed hot spell, added SMHI.

Along with higher temperatures, solar output should also trend above the norm, said EQ, with spikes as high as 35 GW next Thursday and Friday.

Wind output should also stay below the norm for most of the next four weeks, the forecasters agreed, with it ranging from 3-9 GW next week and 5-15 GW thereafter.

Residual load, the amount of demand not covered by solar and wind, was expected to average 34.2 GW, or 0.5 GW above normal next week, according to EQ data.

The German front-week power contract was last trading down EUR 7.22 at EUR 385/MWh on the EEX, though this would be around EUR 20 higher than this week’s average amid the hot spell.