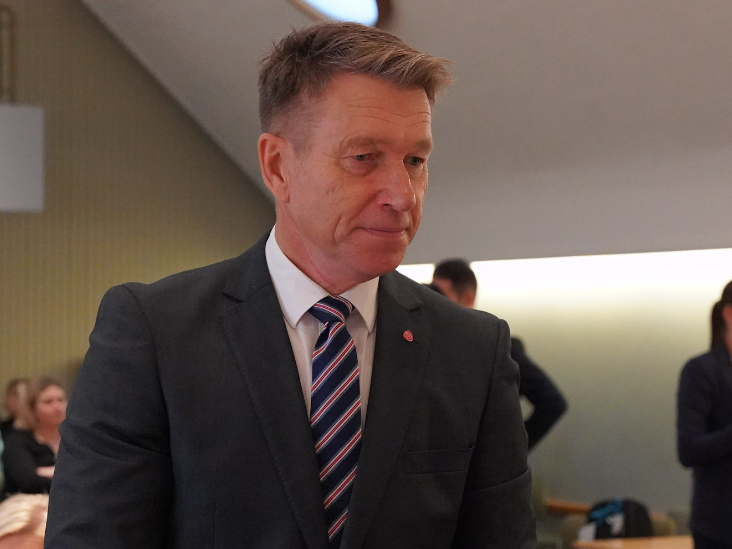 (Montel) Norway is looking to implement measures to curb its power exports as the country faces a shortage in hydropower supply, its energy minister told Montel on Thursday.

The country, which relies on hydropower for around 90% of its electricity supply, would have to prioritise maintaining reservoir levels given a local supply squeeze, Terje Aasland said in an interview.

“We are looking at how to limit exports in situations where reservoir filling becomes critically low. Then we must secure enough power for our national consumption,” he said.

The government was working on finalising the details in its plans and it was not yet possible to say exactly what level was “too low” or when the plan would be implemented, Aasland said.

“One solution we are working on is that when the levels, particularly in multi-year reservoirs, fall below the seasonal norm, exports will be limited accordingly or in relationship to this,” said Aasland.

Norway had around 1,800 hydropower reservoirs, all of which have different characteristics and so technical specifications required an extreme level of detail, the minister said.

This would include “technical calculations” on how much export capacity would be cut.

Aasland believed the move was similar to what the EU had done with its gas supply, where the bloc was filling its gas storage ahead of the winter and therefore limiting use now.

“Our job is to ensure that we have security of supply in Norway. That is what we are concentrating on. It is completely legitimate, it is a matter of national interest and the government’s responsibility,” the minister said.

The EU should also be aware that if Norway runs out of water, then it would not be able to export any power at all, he added.

The government was yet to clarify if the cuts would apply to all interconnectors.

Energy cooperation
“We do not want to terminate our energy cooperation with Europe due to the overall stability of the power system and also because we sometimes need to import. But we need to put security of supply first,” Aasland said.

He dismissed the idea this was a sign that he had lost confidence in the market.

“I want to have a framework that ensures we have control over the security of supply in Norway and that we have an arrangement that does not limit the flexibility of hydropower. But exports may be limited somewhat in an abnormal situation,” said Aasland.

Net exports from Norway totalled 377 GWh to the UK and 502 GWh to Germany in July.

Reservoir levels in the country’s southernmost spot market price zone (NO2) are currently at 49.3%, the lowest level for this time of year since 1996, following dry weather and with no significant rain on the horizon. The seasonal average is 74.4%, according to official data.

There are fears of a power supply squeeze in Europe this winter amid a gas supply crunch – due to Russian curtailments amid the war in Ukraine – and low output at French nuclear reactors on technical issues.