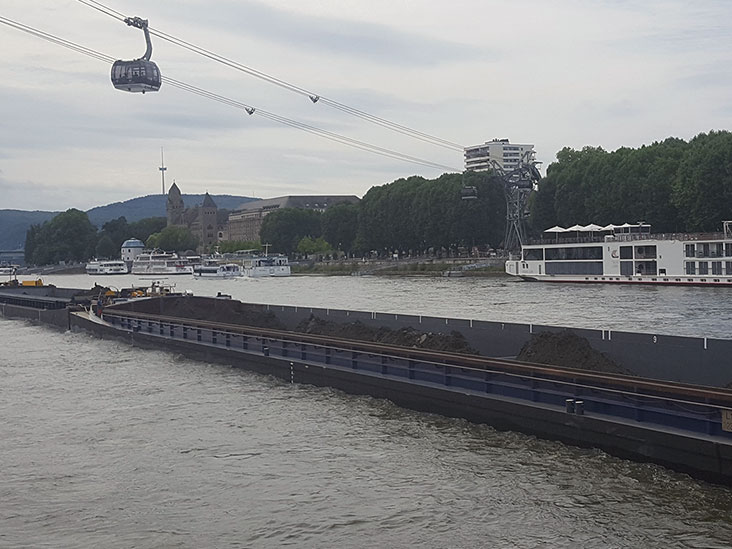 (Montel) Some German utilities have warned of potential output curbs from this week as low river levels and rising water temperatures hamper coal deliveries, including to the nation’s biggest hard coal-fired power unit.

“There may be irregular operation in unit Datteln 4 (1,050 MW) in the period from 4 August to 7 September due to a limitation of coal volumes on site caused by the low water levels of the Rhine river,” German utility Uniper said on Thursday on the EEX website.

Also, it warned of a possible “irregular operation” at unit Staudinger 5 (510 MW) in the period from 3 August to 7 September.

River levels on Germany’s main conduit – the Rhine – for transporting coal to power plants have dwindled to a 20-year low for this time of year, creating uncertainty about vital coal-fired output this winter, Montel reported on Wednesday.

Current levels at the key Kaub indication point last stood at 55 centimetres, and could drop to 46cm by Sunday, data from Germany’s Electronic Waterways Information Service (Elwis) showed on Thursday.

If low river levels hamper coal-fired output it could compound the current energy crisis, as the country’s BNA network regulator had already warned Germany needed to cut gas demand to avoid a severe shortage this coming winter, with concerns Russia could completely turn off the taps.

“The situation is tense, but the problems are still manageable,” said a spokesman for coal plant operator Steag.

“If the [weather] situation doesn’t change, however, there may ultimately be problems with supply, but these are not yet in sight because the stock situation at the power plant locations supplied by ship is good or very good,” added Steag spokesman Daniel Muehlenfeld.

Meanwhile, ENBW’s coal-fired power plants had “high inventories” thanks to the German utility stocking up on coal during the second quarter of this year, said a spokeswoman.

However, she said the company’s reserve plants Heilbronn 5 and Heilbronn 6 (125 MW each), Marbach (262 MW) and Walheim (244 MW) were currently impacted by high river temperatures which limits their ability to use water for cooling needs.