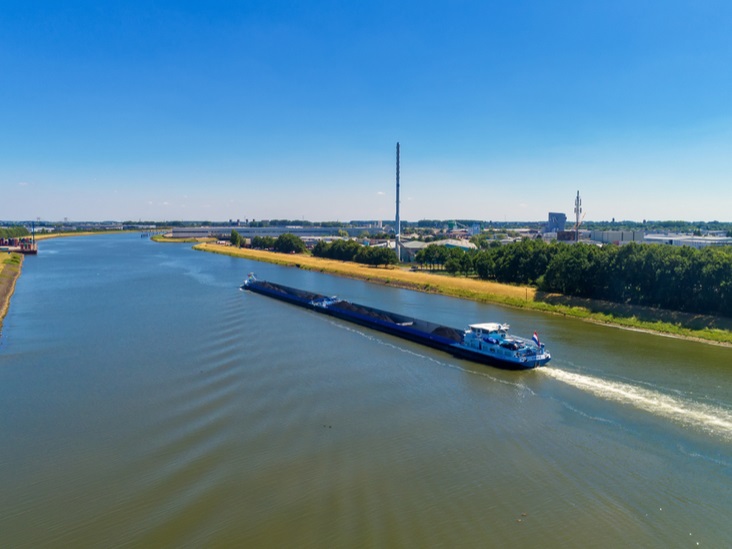 (Montel) Forecasts of hot weather from mid-July could see a coal shipping ban on Germany’s Rhine due to low river levels, leading to a potential surge in spot prices to EUR 800/MWh, forecasters told Montel this week.

“It looks like there will be a longer period with hot temperatures starting in… mid-July and last until the first week of August”, said Robin Girmes, meteorologist at Energy Weather.

“If July turns out too dry and it currently looks like it, then we could see a shipping ban on the Rhine late in July,” he added, regarding the crucial waterway supplying the country’s coal-fired power plants.

Levels were last seen at 143 centimetres at the key indicator point of Kaub, with a complete ban enforced when its drops below 80cm, as happened in the record hot summer of 2018.

Price impact
Hourly spot power prices of EUR 800/MWh – from just below EUR 300/MWh currently – could be possible, said Girmes, exacerbating the current energy price crisis caused by fears around a complete cut to Russian gas flows due to the Ukraine war.

Any additional curbs on coal shipping could also be exacerbated by the fact there were a shortage of barges on the Rhine, Montel reported.

Other forecasters agreed with Girmes, with Julian Telford, head of energy at MetDesk, saying there was a “greater risk for a drier and hotter second half of July”.

“I can foresee further river temperature and flow issues ahead,” he added.

River levels at Kaub could fall to 100cm by the week starting 11 July, said Telford.

Low river levels might even persist until the end of the summer, said Commodity Weather Group.

“If the drier July forecast pans out, [river] levels should decrease over the next several weeks,” said forecaster William Henneberg, forecaster at the weather service.

Gas fears
In order to compensate for a shortfall in Russian gas deliveries Germany plans for a 10.4 GW coal reserve which is set to drive demand for the fuel over the coming months.

Market participants had already said the plan might be challenging, due to shipping constraints.

Low river levels also increase the risk for higher water temperatures which can lead to output reductions at nuclear and coal plants that rely on rivers for cooling purposes.