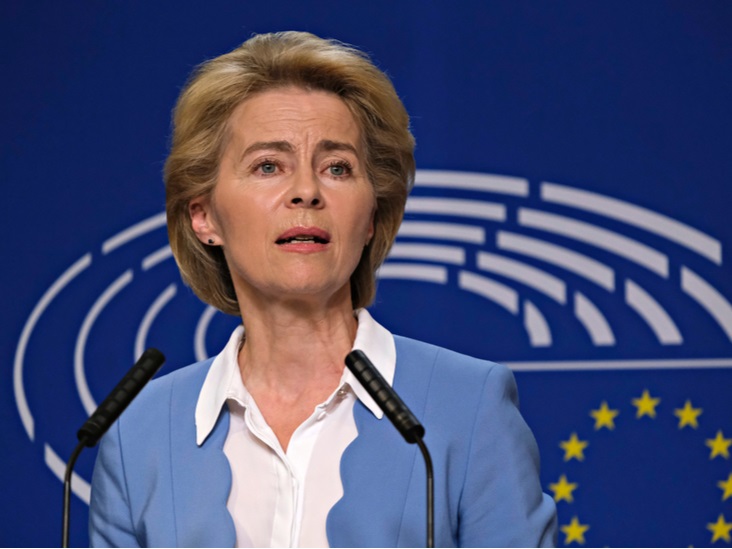 (Montel) The EU is working on a coordinated response to a decision by Russia’s Gazprom to cut gas supplies to European customers, said European Commission president Ursula von der Leyen on Wednesday.

State-owned Gazprom’s “unilateral decision” to stop deliveries to Bulgaria and Poland for failing to pay in rubles was “unjustified and unacceptable” and “yet another attempt” to use energy supplies for blackmail, she said.

“We are prepared for this scenario. We are in close contact with all member states.”

The EU’s gas coordination group, which brings together national governments, regulators and industry to monitor the bloc’s supply security, was meeting “right now” to map out a response.

European gas prices spiked more than EUR 20 in early trading as the news raised concerns of similar cuts to other EU countries as Moscow upped the ante against the West amid its war in Ukraine.

These plans are required by EU gas supply security rules adopted after the bloc experienced interrupted supplies from Russia via Ukraine in 2009 during a contractual dispute between the two countries. Europe typically relies on Russia for about 40% of its gas needs.

Relations at a low
Relations between the EU and Russia have rapidly deteriorated since Russia invaded Ukraine on 24 February. The EU has imposed five rounds of sanctions due to the war, including a ban on Russian coal imports and it is considering a ban on oil imports.

Russian president Vladimir Putin said on 31 March that European buyers who failed to pay for its gas in rubles from April would see their supplies cut.

The EC’s position was that EU companies could only comply with this demand if it did not breach the EU sanctions on Russia.

It said that 97% of the relevant contracts explicitly stipulate payment in euros or dollars and the companies with such contracts should not agree to demands to pay in rubles.