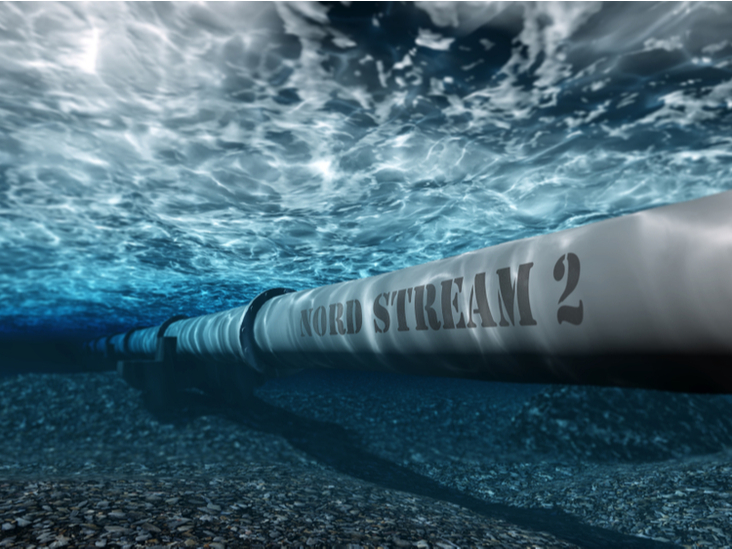 (Montel) The US has lifted a threat of sanctions against Russia’s near-complete Nord Stream 2 gas pipeline to Germany following an agreement with Berlin late on Wednesday.

The deal clears the way for the 55bcm/year connection to launch this year, doubling Russia’s existing capacity along the direct Baltic Sea route to Germany.

The US opposed the pipeline on the grounds it would deprive Ukraine of its role as a vital Russian conduit, potentially dividing Europeans and threatening their security.

President Joe Biden earlier this year conceded the connection’s physical completion could not be prevented, but demanded concessions to refrain from sanctioning German entities associated with the project.

Under Wednesday’s agreement, Germany committed to retaliatory action against Russia in the event Moscow were to threaten the physical or energy security of Ukraine.

Clean energy
Germany will also spend USD 1bn to support clean energy investments in Ukraine and press for continued gas conduit flows via Ukraine following the expiry of an existing agreement with Russia’s Gazprom in 2024.

The operation of Nord Stream 2 in conjunction with its sister connection and 40bcm a year of capacity booked via Ukraine would leave “little-to-no-need” to flow natural gas via Poland along the Yamal line, said Icis gas analyst Tom Marzec-Manser in comments on Twitter.

Poland and Ukraine would continue to work together to oppose Nord Stream 2, the countries' foreign ministers said in a joint statement late on Wednesday.