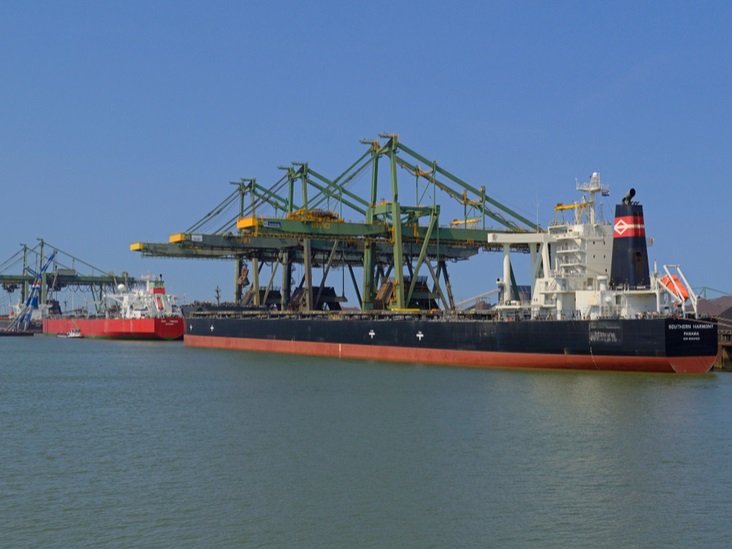 “It’s not a secret that the future for thermal coal looks bleak,” said Hugo Du Mez, dry bulk advisor at the Port of Rotterdam.

He noted coal-fired generation was scheduled to end in the Netherlands by 2030 and at least by 2038 in Germany.

“We expect an increase of coal throughput this year, compared to the very low result in 2020, but we will see a further decline of coal in the coming years,” he said.

Rotterdam’s coal handling last year was down 23% on the year, to 17.4m tonnes, while neighbouring Amsterdam reported a 52% decline, to 7.5m tonnes, and Antwerp handled just 1.2m tonnes, a 57% drop.

“Coal volumes depend not only on the market, but more and more on policy-making,” said Du Mez.

“Naturally, we also look at alternative cargoes, from biomass to hydrogen, but as long as there is demand for coal, we will keep handling it,” he said.

More renewables
He noted Rotterdam still had a “very strong position” in the coal market, meaning it could be “the last man standing” out of the ARA ports.

The decline in coal throughput was due in part to growing renewable generation capacity and reduced demand for coking coal from the steel industry, said Lennart Verstappen, spokesperson for Antwerp Port Authority.

Meanwhile, Amsterdam port has previously announced its ambition to be coal-free by 2030.

Less of a coal terminal
A source at one ARA terminal said coal was no longer the main commodity being handled.

“We are not really a coal terminal anymore, but more mineral and [agricultural commodities] terminal,” he said, noting the terminal had taken the decision a couple of years ago to invest in new, covered storage facilities.

“Coal is still welcome, but not the most important commodity,” he said.

More of an agricultural terminal
His comments were echoed by a source at another ARA terminal.

“We are still discharging coal and will do so next year as well,” he said, adding, however, the terminal was actively expanding into other commodity markets.

“We have already been handling agricultural cargoes for many years, which we are trying to expand,” he said.

And he said the terminal was also looking at handling more minerals cargoes, such as barite.

Europe’s coal-fired generation was down 4.5% on the year in 2020, at around 378 TWh, according to data from Finnish technology group Wartsila.