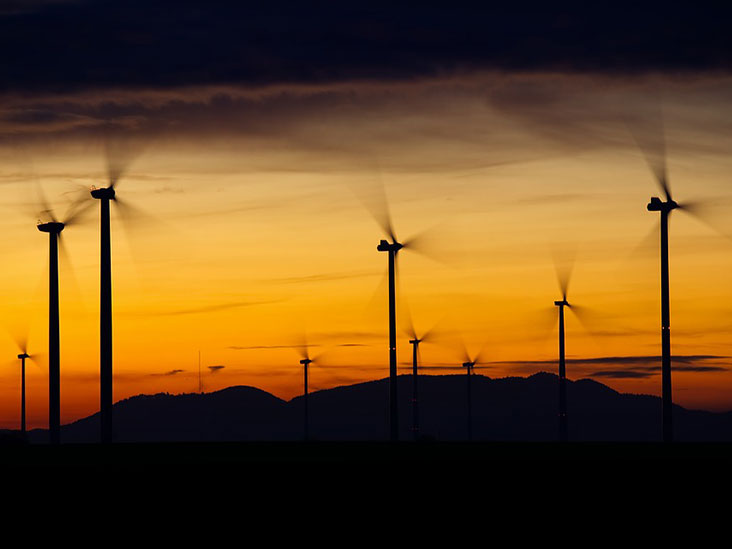 (Montel) After years of subsidised growth, wind power expansion is accelerating in the Nordic region, fuelled by rapidly falling construction costs that are allowing it to compete in a field traditionally dominated by nuclear and hydropower.

While Denmark was an early mover and already covers 50% of domestic supply from wind, development has been much slower elsewhere. But things are changing fast. Based on more than 30 announced projects, Sweden is expected to more than double its wind power fleet to 30 TWh by the end of 2021 – the equivalent of 19% of last year’s domestic consumption.

And in Norway, national regulator NVE projected 11 TWh would be built by 2021, a near three-fold increase from today’s 4 TWh. By 2030, Norway could see a six-fold increase to 25 TWh, the regulator said in a report published last week.

But even that may prove to be a conservative projection. There sufficient space and grid capacity to build 25-45 TWh of new wind power in southern Norway alone, according to TSO Statnett.

Its assessment, also published last week, was conditional on power prices of EUR 40/MWh by 2025 and an operating cost of EUR 30/MWh for a typical wind farm.

Subsidy free
Plummeting investment costs are already driving wind power towards parity with other forms of generation, however.

Ikea, the furniture retailer, and wind power developer OX2 said this week that they would build four wind farms in Finland with a combined capacity of 107.4 MW – without any subsidies.

It is the fourth time this year developers have announced plans to build wind farms without subsidies in Finland, backed by long-term power purchase agreements.

Finnish wind farms could now be built with a long-term marginal cost below EUR 29/MWh, said a director at Sweden’s energy authority this week, adding major projects required a price of just below EUR 35/MWh.

This is still high compared to the long-term marginal cost of EUR 23.60/MWh that energy group St1 hoped to achieve at its planned Davvi wind power plant (800 MW) in northern Norway – with a 6% return on investments.

But there is one hitch, Norway’s TSO said it would not be economically justifiable to build a proposed 420 line to consumers in the eastern part of Finnmark, close to the Finnish border, with grid capacity elsewhere restricted.

“Thinking bigger”
Thomas Hansen, director of renewables at St1, said Statnett’s reasoning made sense but only because the TSO was “not thinking bigger”.

“If you extend the power line southwards into Finland, the picture changes significantly.” The developer said if Statnett would not build the line, it should allow a private developer to do so, connecting one of the most windswept areas in the Nordic region to consumption centres further south.

Sweden’s Swedbank, meanwhile, is helping foreign investors build wind farms in the region and said it was looking at projects with a return on investments of at least 8% over 20 years, without subsidies.

impact
The rapid pace of wind power growth in the region is such that it is hard to keep track of investment decisions but the effects are clearly reflected in the Nordic market where prices are predicted to plunge from close to SEK 200 (EUR 19) to SEK 50 (EUR 5) within the next six months.

“The target of 46.4 TWh [of new renewable energy under the joint Norwegian-Swedish support scheme] by 2030 has been reached. If Sweden does not rapidly adopt a stop rule [that limits the issuance of certificates when the target is reached] prices will go to zero,” Storm Geo analyst Sigbjørn Seland said on Thursday.

Svensk Energi has its eyes firmly set on Sweden’s political target of a 100% renewables electricity system 2040. That means the country will have to build an additional 40 TWh without subsidies.

“Technology developments have reduced the cost of wind power by 50% in 10 years,” said Svensk Energi’s Tomas Hallberg. “Investors are also counting on EU ETS lifting prices in Europe. That will have a positive effect on investments in Sweden.”

Indeed, if Sweden can do with wind power what Ikea has done with retail furniture – and now also wind – there seems to be no limit to the number turbines on the horizon.

*As quoted by Dagens Næringsliv.