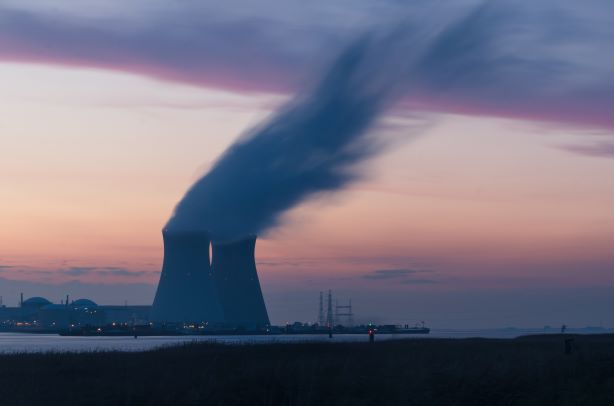 (Montel) The French government is considering closing eight nuclear reactors by 2028, in addition to the two units at the Fessenheim plant (1.8 GW) at the end of 2019, several sources close to the matter told Montel on Wednesday.

“The closure of eight reactors [by 2028] is the position advocated by Bercy [the economy and finance ministry] and it has either already been arbitrated, or it is under arbitration,” a source told Montel, without being more specific about which plants or the capacity involved.

The new energy minister Francois de Rugy plans to unveil a first draft of the government’s so-called energy roadmap for 2019-2023 and 2024-2028 by the end of October, which could list what reactors are likely to close.

“Unrealistic”
However, the decision to close only eight reactors by 2028 was “unrealistic” because it would imply extending the lifespan of most nuclear reactors to 60 years, said Anne Bringault, energy transition coordinator at environmental association Cler.

“We want to see action [on closures] in this five-year presidential period,” she told Montel. “Closing only Fessenheim by 2022 would be very serious...”

Under French law, only operator EDF and the ASN nuclear safety authority can decide which reactors would close.

The utility had hoped to extend the lifespan of 56 of its 58 French reactors to 50, or even 60 years, from 40 years currently.

French economy minister Bruno Le Maire earlier this week reiterated his position against a rapid nuclear exit. He will meet the prime minister Edouard Philippe in the coming days to discuss this matter.

In early September, Philippe had delayed by 10 years to 2035 the provisional deadline to reduce the share of nuclear in France’s power mix to 50% form 75% now.

The ASN plans to present its opinion on lifetime extensions beyond 40 years by the end of 2020.

Interviewed on the sidelines of an energy conference in Paris, energy ministry official Laurent Michel declined to comment on the energy roadmap and possible reactor closures.