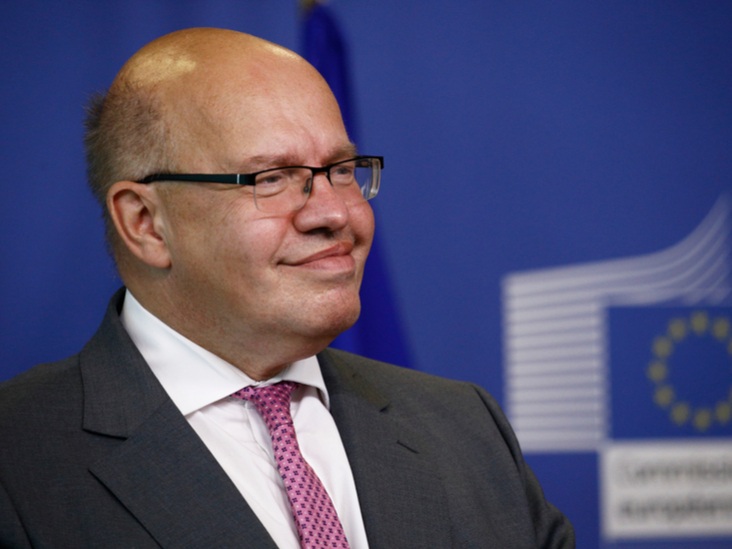 (Montel) Europe should strive for a 55% emissions reduction target for 2030, German energy minister Peter Altmaier said on Thursday as Germany’s EU presidency voiced its most explicit support for a tougher target to date.

“In the next few weeks we will have very intensive discussions on how to break down the target of climate neutrality to the 55% we want for 2030 in Europe,” Altmaier told the industry committee of the European Parliament.

Altmaier is the first German minister to spell out how much the EU should raise its goal to align with the Paris climate agreement. It presently aims to cut emissions by 40% on 1990 levels by 2030.

Chancellor Angela Merkel and environment minister Svenja Schulze have so far only reaffirmed Germany’s intention to find a consensus across Europe in favour of the European Commission’s proposed range of a 50-55% cut.

Germany’s 2030 carbon reduction target had already been set to reach a reduction of 55% in order to help the bloc lower emissions by 40%, Altmaier said.

If the EU was to raise the target to 55% clarity was needed on how much every member state could contribute, he added.

“If we are ready to do this then we need to make sure to provide the necessary funding [for the transition]. That will cost a lot of money,” said Altmaier.

Peter Liese, a key German MEP on the industry committee and fellow member of Altmaier’s political faction, recently only favoured a 50% cut.

Protect the industry
On the way to carbon neutrality by 2050, Europe needed to protect the bloc’s industry, Altmaier said, hinting at support for the European Commission’s proposal for a carbon border tax.

“I believe that the idea of a carbon border adjustment mechanism (…) can make an important contribution to ensure that green products from Europe are not in a disadvantage compared to goods from countries with lower climate protection and environmental standards,” Altmaier told the committee.

Altmaier’s own Christian Democrats earlier this year expressed opposition for such a move.

The EU needed to advance with higher climate goals with the hope that other countries would follow, Altmaier said.

“Hopefully, they’ll do that but that must not lead to Europe losing its whole manufacturing industry,” said Altmaier.

A carbon border mechanism would need to comply with rules set by the World Trade Organisation to avoid the risk of setting off trade wars, he added.

Altmaier also backed the commission’s hydrogen strategy as cheaper green hydrogen would be crucial to help industries like steel decarbonise.