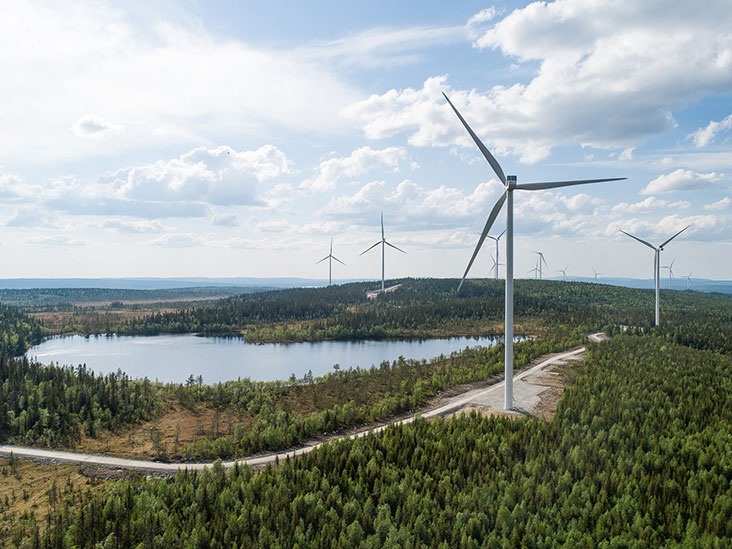 "Even with nuclear closures the chance of negative prices is increasing every year," he said, adding it could happen this year but that it was "undramatic" for the market.

Spot prices in the SE3 bidding zone, which include major cities Stockholm and Gothenburg and all the country's nuclear reactors, were lower than EUR 2.50/MWh in 52 hours last year, which is more often than in the 2012-2018 period combined, according to figures from power exchange Nord Pool and the Swedish energy agency.

Greater volatility
However, sub-zero prices in some hours would not necessarily mean average prices were lower, just that there was greater volatility, said Arne Osterlind, portfolio manager at Shepherd Energy.

"More wind and solar power means a lower share of traditional baseload power but that means there is also an upside when it is not windy," he said.

An additional factor affecting the situation was that the Elcert support scheme secures wind power producers income even if power prices are negative, said market participants.

The Swedish energy agency chose not to propose any change to this in a review of the system in 2018 as an analysis at the time did not suggest negative prices were likely in the coming years. However, lawmakers have not yet decided on the matter.

But even if producers no longer received certificates in hours with negative prices, it would not necessarily prevent such prices occurring, said Osterlind, noting Sweden could see price coupling to Germany when prices were negative there.

Energy agency figures show that prices hit zero in some hours in 2009 but have never been negative since 2003, which is as far as their data goes back.